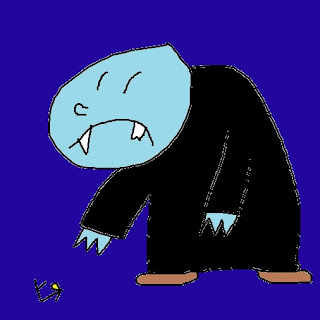 ---Richard F. Yates
Posted by thedestroyerofworlds at 9:59 AM No comments:

We are Poor.
We are Angry.
We (as The Human League once said) “Are much more Clever than You.”
And yet, We will never be Stars or Sex Symbols or Heroes or Millionaires (and that’s a damn shame.)
We will never affect change on a global scale—or save the world.
We will work hard our entire lives and still die poor and powerless—and that is Horseshit.
However, because We are Horseshittists, We reserve the right to ignore your Laws and Values and Aesthetics and tedious Beliefs in your own Self-Worth and Importance, which are all Horseshit.

What should YOU do now that you know? Frankly, we don’t care. Chances are, you will continue to live your boring, pointless, distracted lives, doing whatever everyone tells you to do: your governments, your churches, your bosses, your friends, your favorite advertising firms… And that’s all fine with us.

We will continue to watch you doing stupid things, and We will laugh about it and mock you, and We will feel superior to You in every way. And YOU won’t care how We feel because you’ll never know who We are or why we’re really laughing.

For our own parts, We will continue to define our silly terms and think our superior (but pointless) thoughts and create our meaningless stories and poems and dramas and screenplays and articles and comics and paintings and websites and manifestos… And the main difference between US and YOU is that We will know that everything We do is nothing, all pointless, all horseshit—and that will be enough to make US better than YOU (which is also Horseshit.)

And the MOST clever amongst US will be able to trick you into thinking that what We do is valuable and worthwhile and MEANINGFUL, and We might even be able to steal some of your money away from you and convince you to feel good about losing it. THAT is the Horseshittists’ Golden Goose Egg!

Everything is Horseshit, this is the axiom by which We define the world, but being POOR and living in Horseshit sucks. Give Us some of your money, and we can ALL have more fun. Thank you, and have a nice day.

“That’s Gutter Talk! (And I Like It!!!)” by Supreme Bunny Warlord

Art is easy. If you don’t think so, you’re trying too hard. If you’re not having the best time of your life while you’re doing it, you should probably stop, and leave it to those of us do it every day and love it, whether we get paid for it or not.

“We are the music makers…”

---Supreme Bunny Warlord
[Originally published 25 Jan. 2012 at Guillotine Your Friends!]
Posted by thedestroyerofworlds at 9:43 AM No comments:

“In the Night” by Richard F. Yates

The ants left the house in droves.

The couch danced a jig, while the rain cursed at the window. Elijah suffocated at the door to the kitchen.

Samson wept for his lost luggage. The children were still in shock.

The radio buzzed and continued to call his name.

When the bananas first became sentient, few people knew where the tiny death-screams that preceded each daiquiri were coming from. It wasn’t until they gained the ability to move, clumps suddenly skuttering around like chubby, yellow tarantulas, that the humans began to be afraid. Then the apples and oranges followed suit. Berries, plums, even tomatoes, that horrifying half-fruit, awoke in their supermarket displays to take revenge. Green grapes bit the fingertips off surprised children. Rhubarb stalks stumbled through town like leafy zombies devouring citizens. We were helpless before the mighty fruit attack. Thank the Heavens for the Robotic Auto-Juicer Squads, completed just before the humans were extinguished completely.

Now we are watching the vegetables closely for signs of the coming Garden Apocalypse. We can only pray that the Mobile Atomic Salad Shooter Tanks are perfected before the next menace awakes!

“The Party” by Richard F. Yates

Toothless Tom brought his dog to the party. Annie laughed, but her hair began to sag almost immediately. The dog lapped up a spilled drink. Za Zo considered leaving, but she chose to sulk, instead. Betty the Waitress, who was enjoying a night off, felt threatened. None of the partygoers remembered the cheese. The dog left alone.

The cow floated approximately six feet off the ground, chewing absently and apparently unconcerned as it progressed down Henson Street.

“Damn it, Bessie! Get your ass back to the barn,” Jed yelled, then spit a gooey mass of brown liquid into the gutter.

The cow rolled its huge eyes toward the farmer, gave a low mewling grunt, then continued floating toward the edge of town.

Three weeks later, Jed received a postcard of the world’s largest ball of twine that was signed, cryptically, with the word: “Moo.”